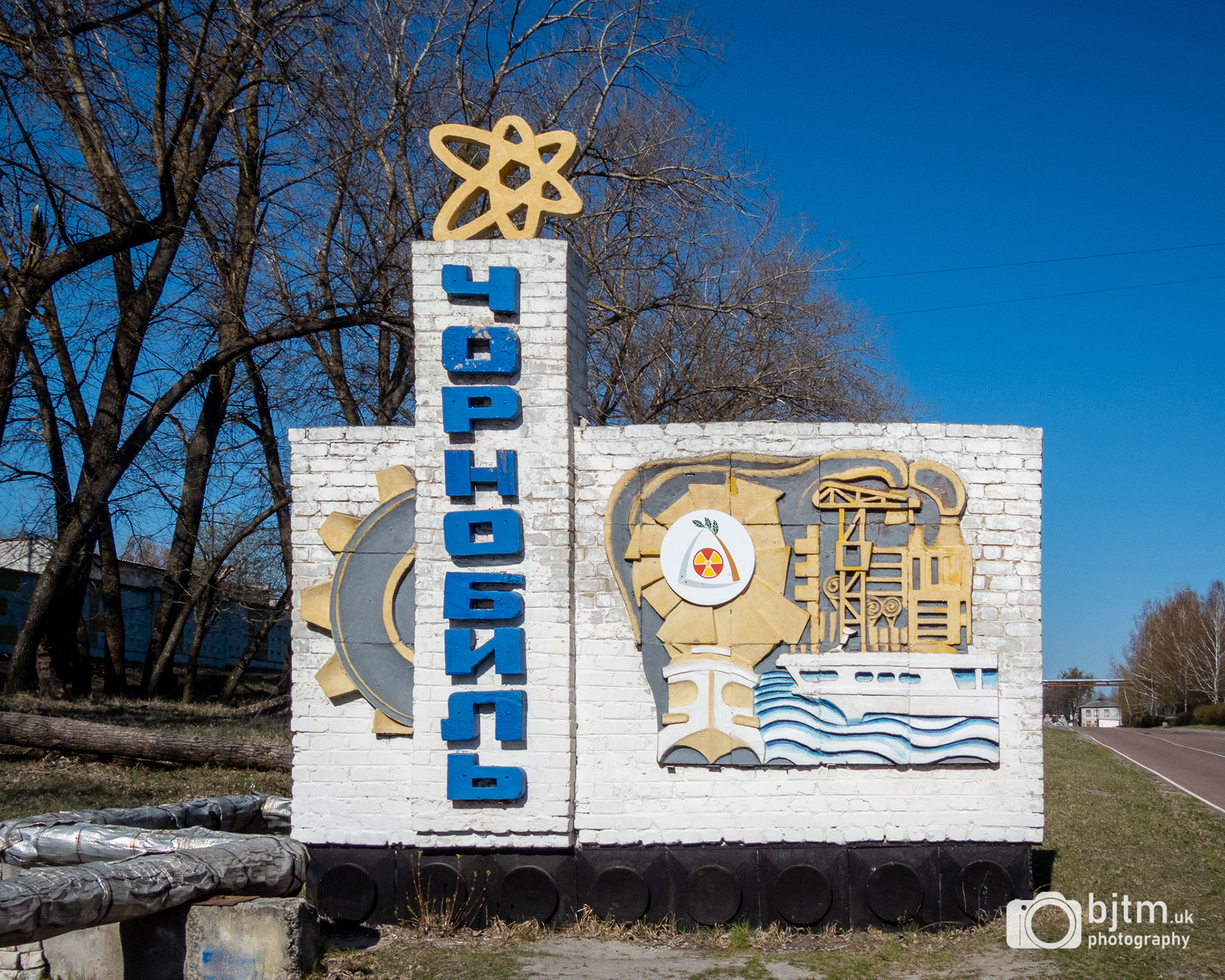 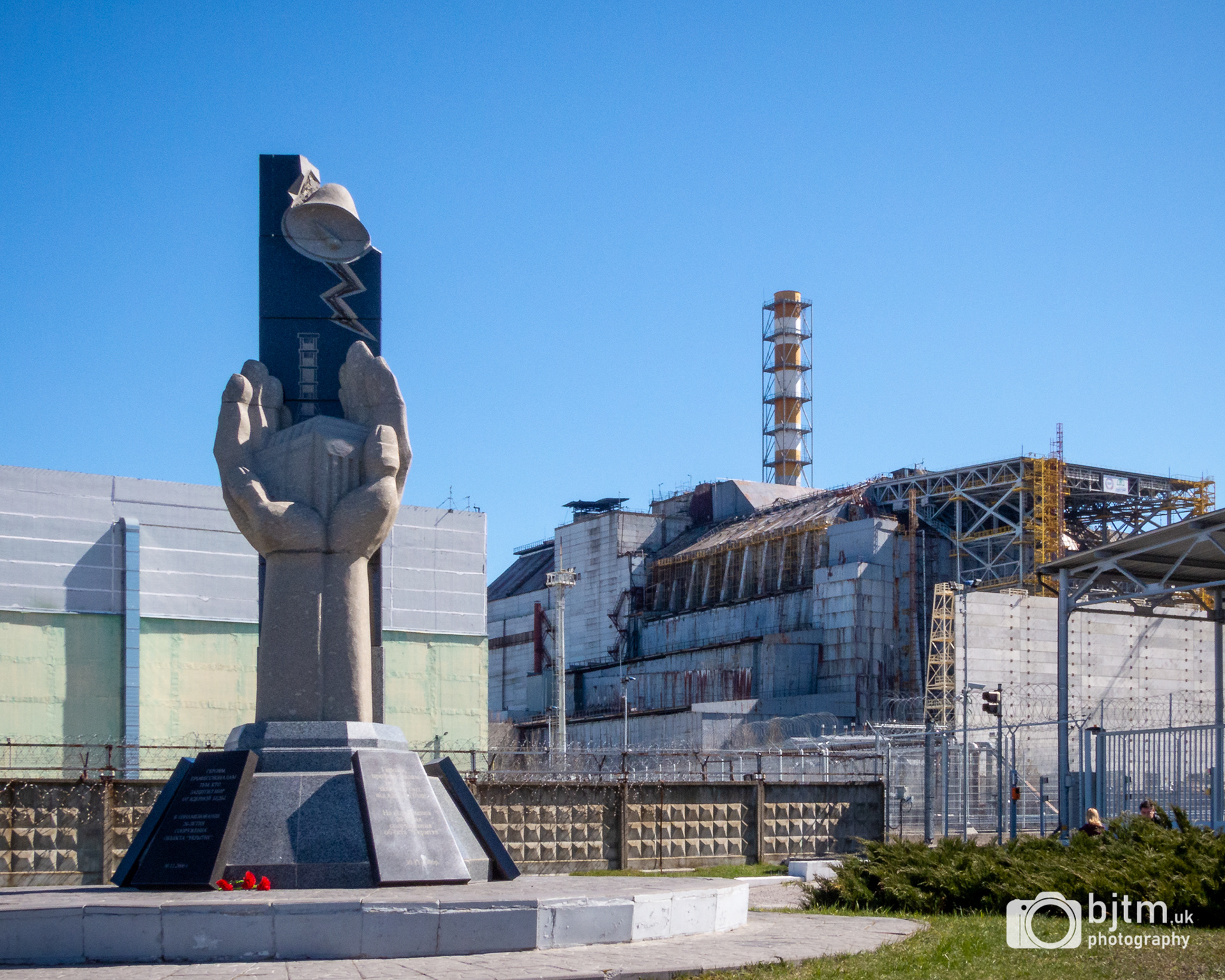 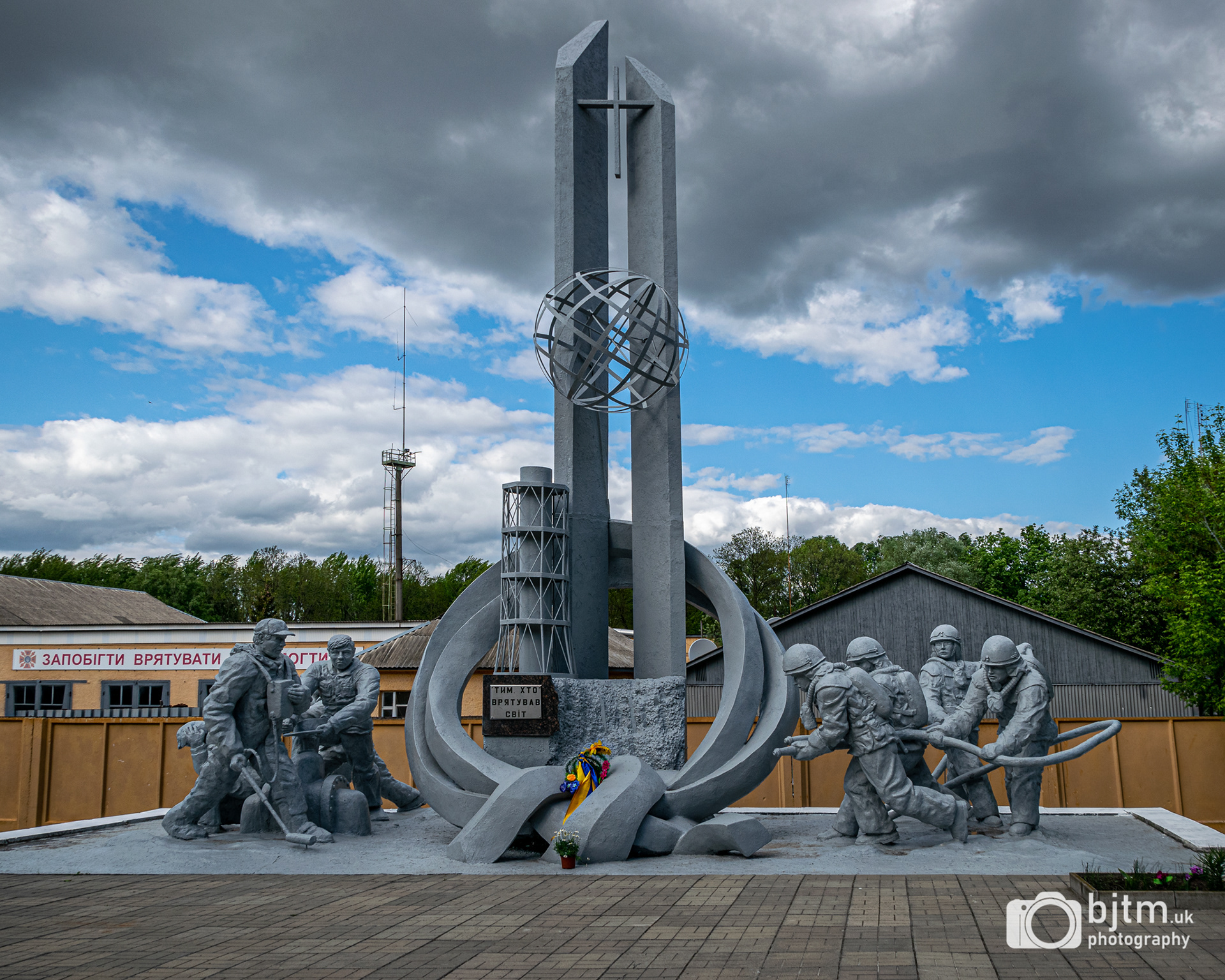 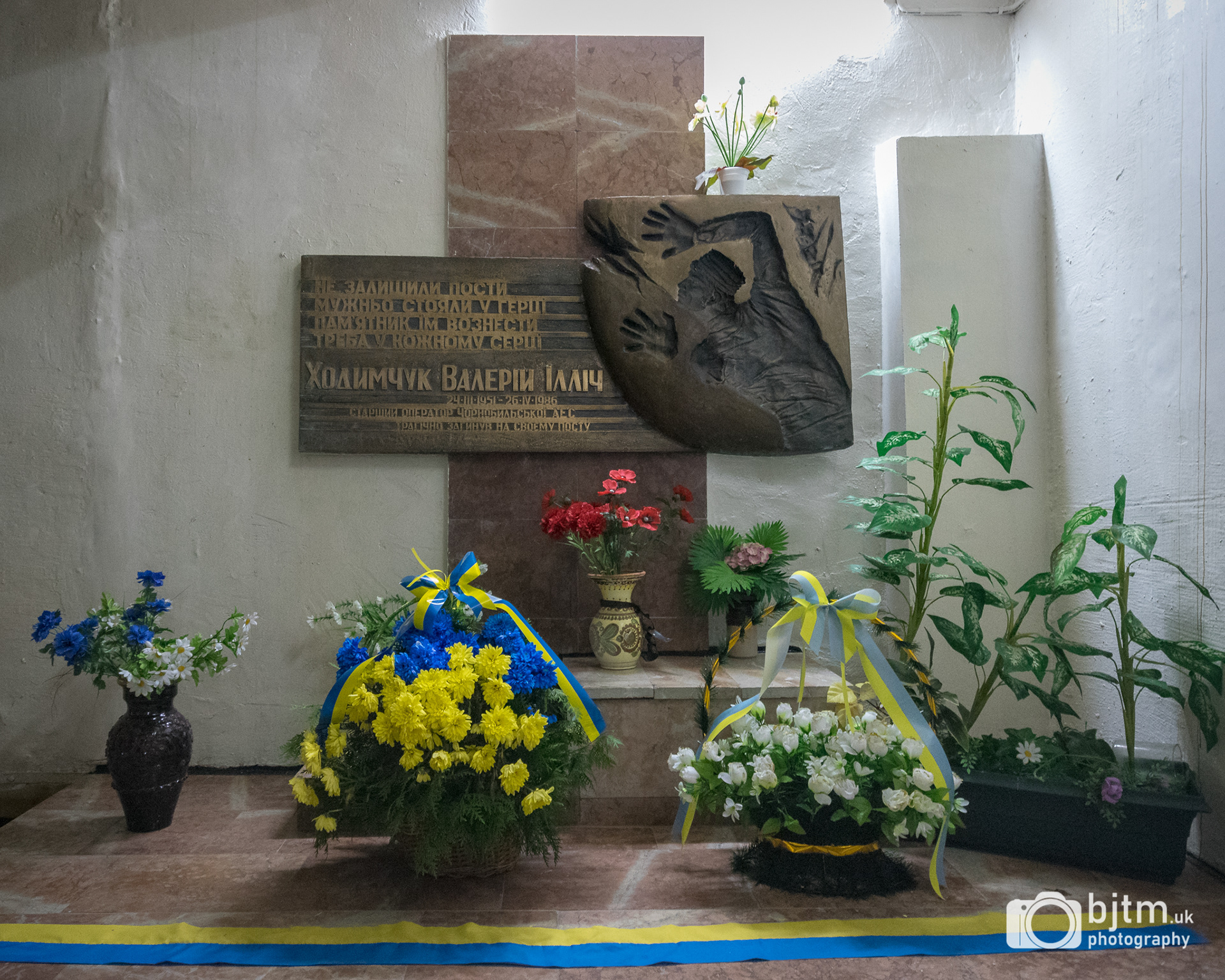 Memorial in the power station to the worker who swam into the pipes to open valves to lessen the impact of the disaster. He never returned. 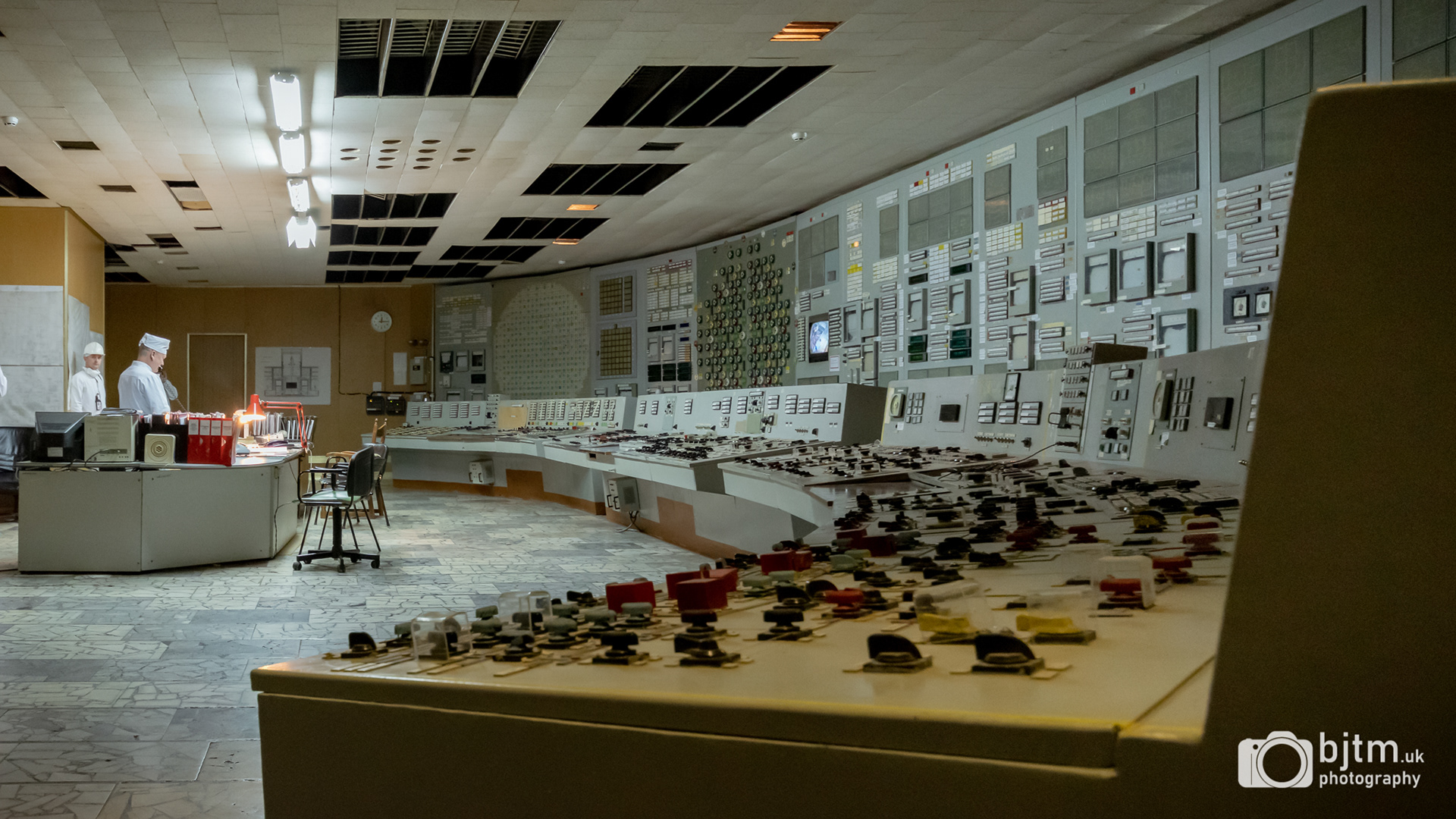 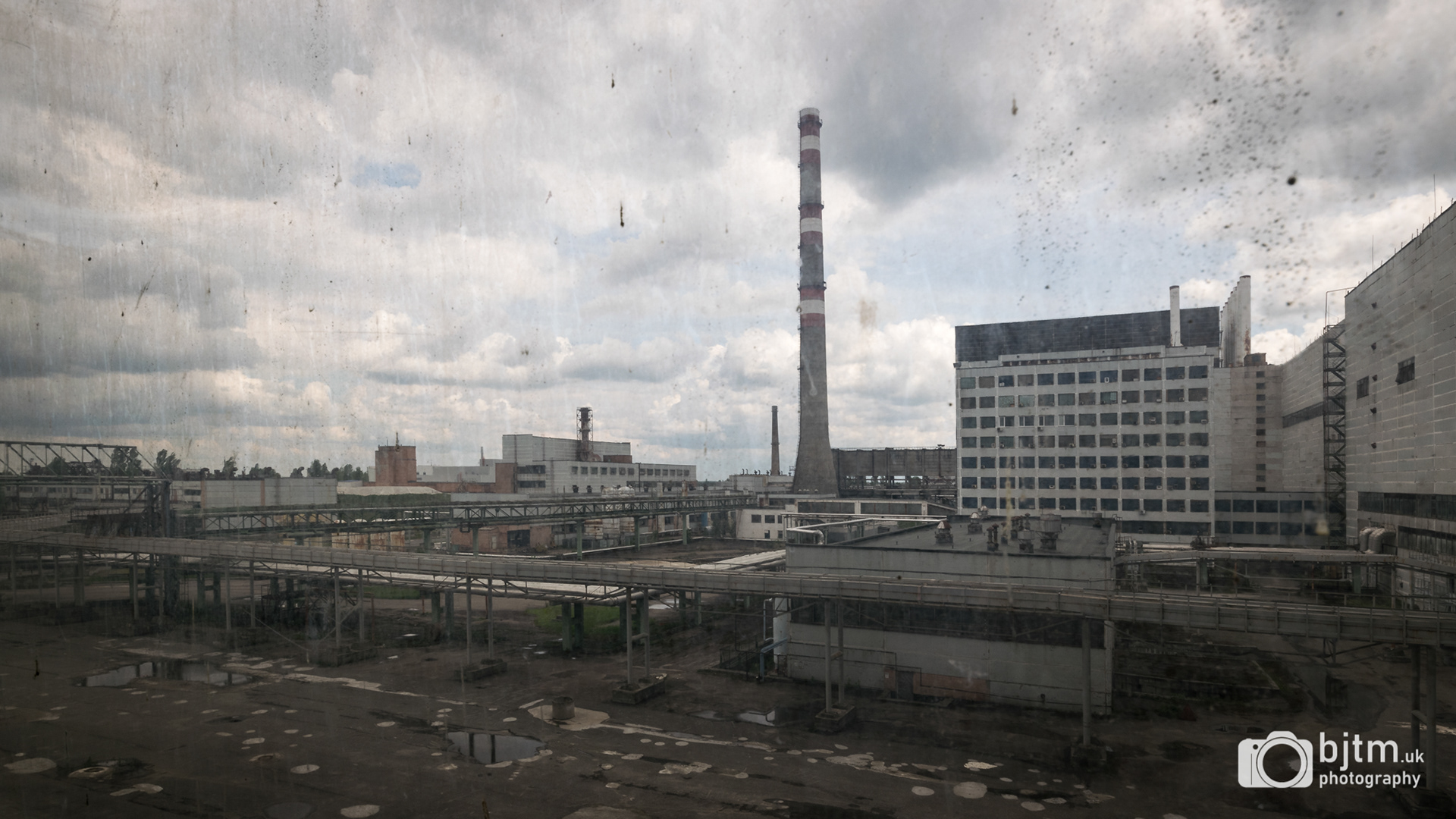 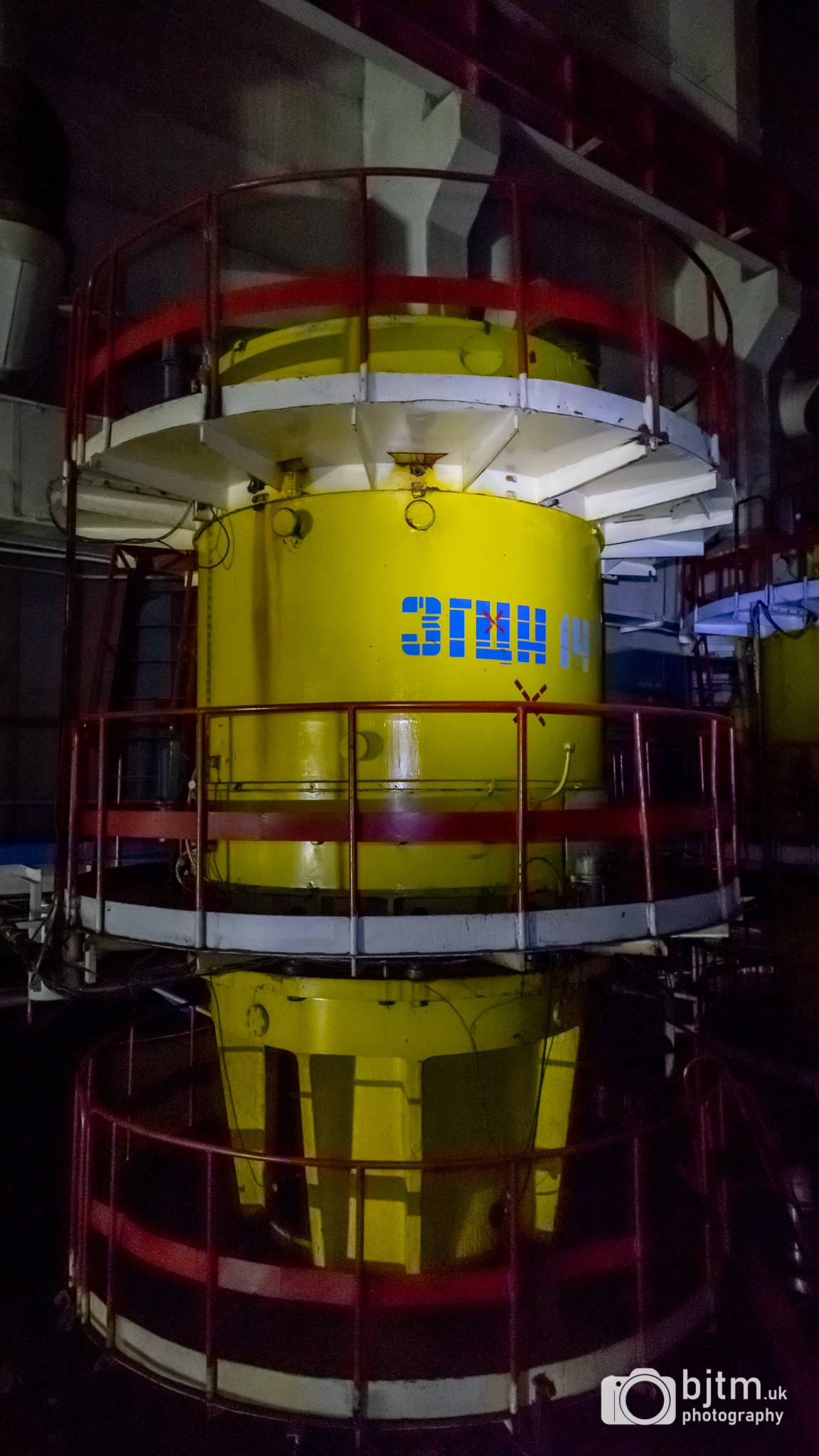 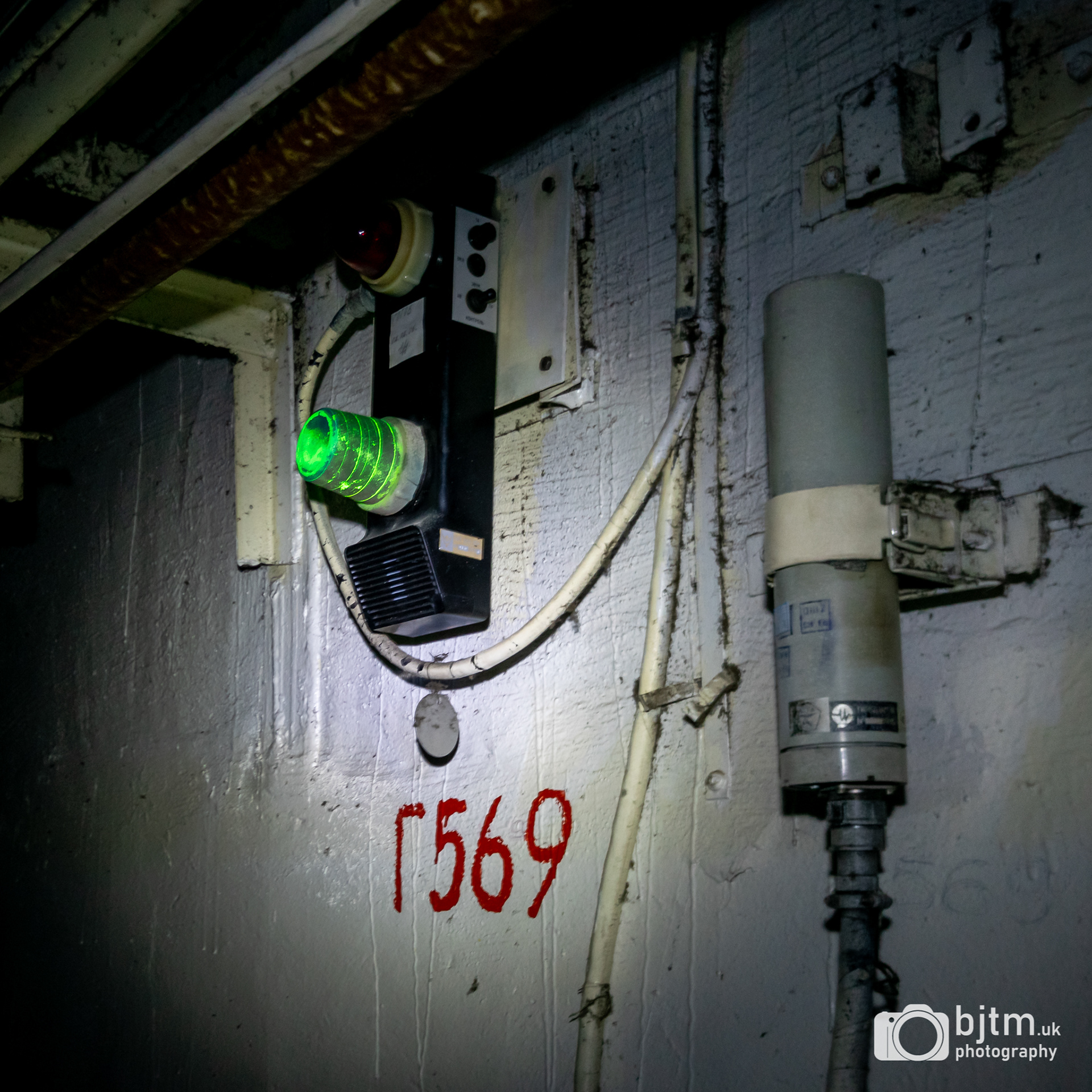 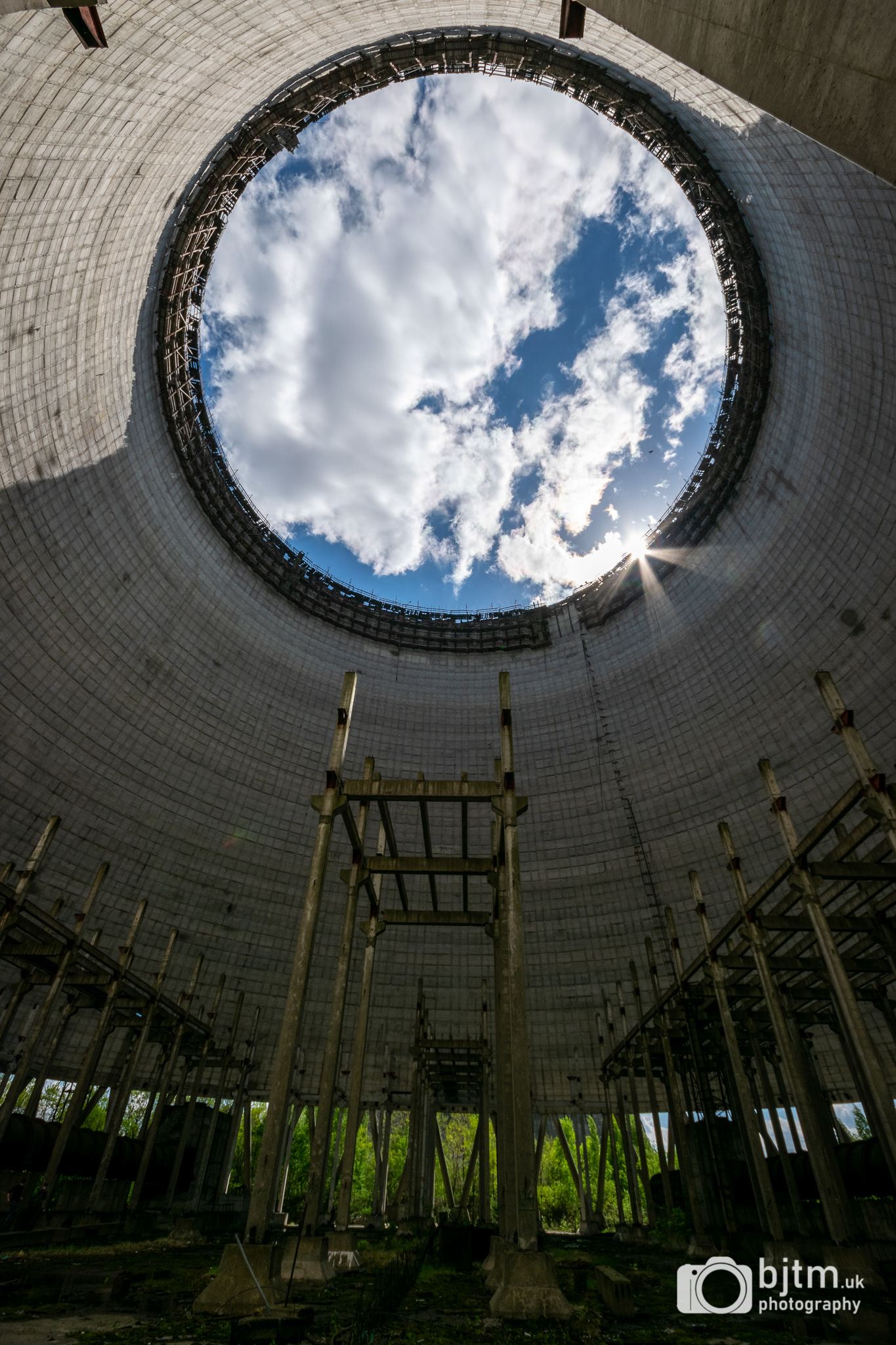 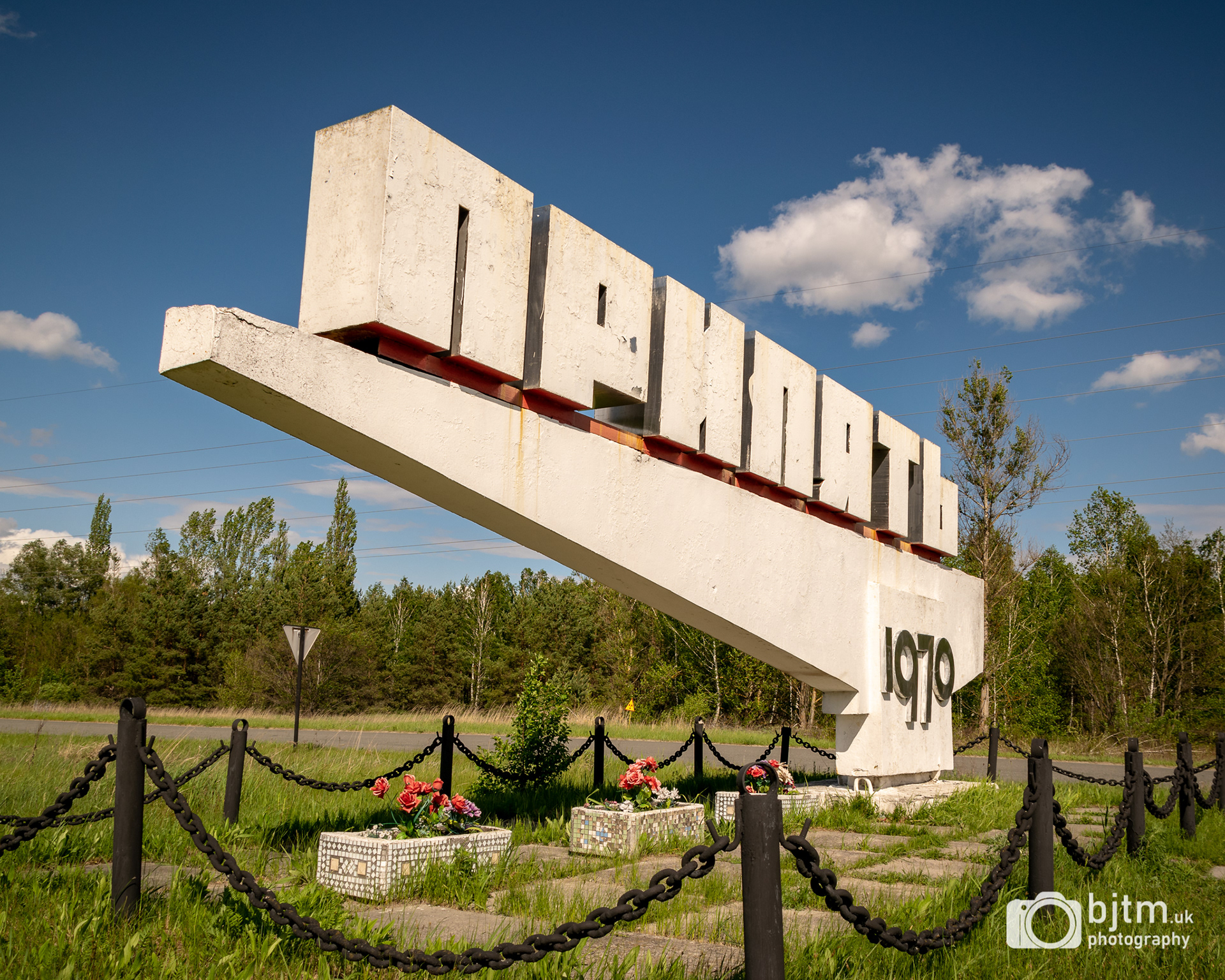 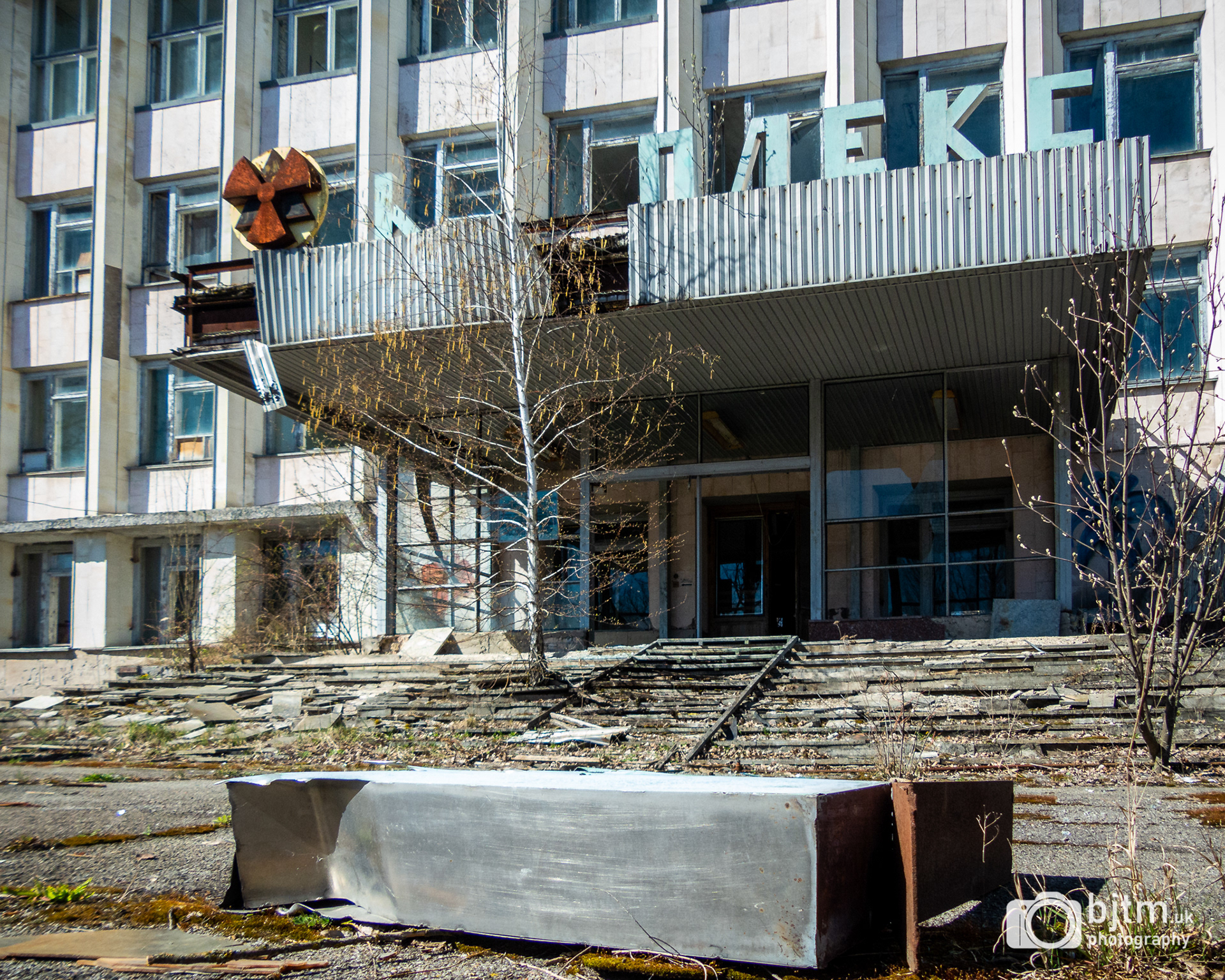 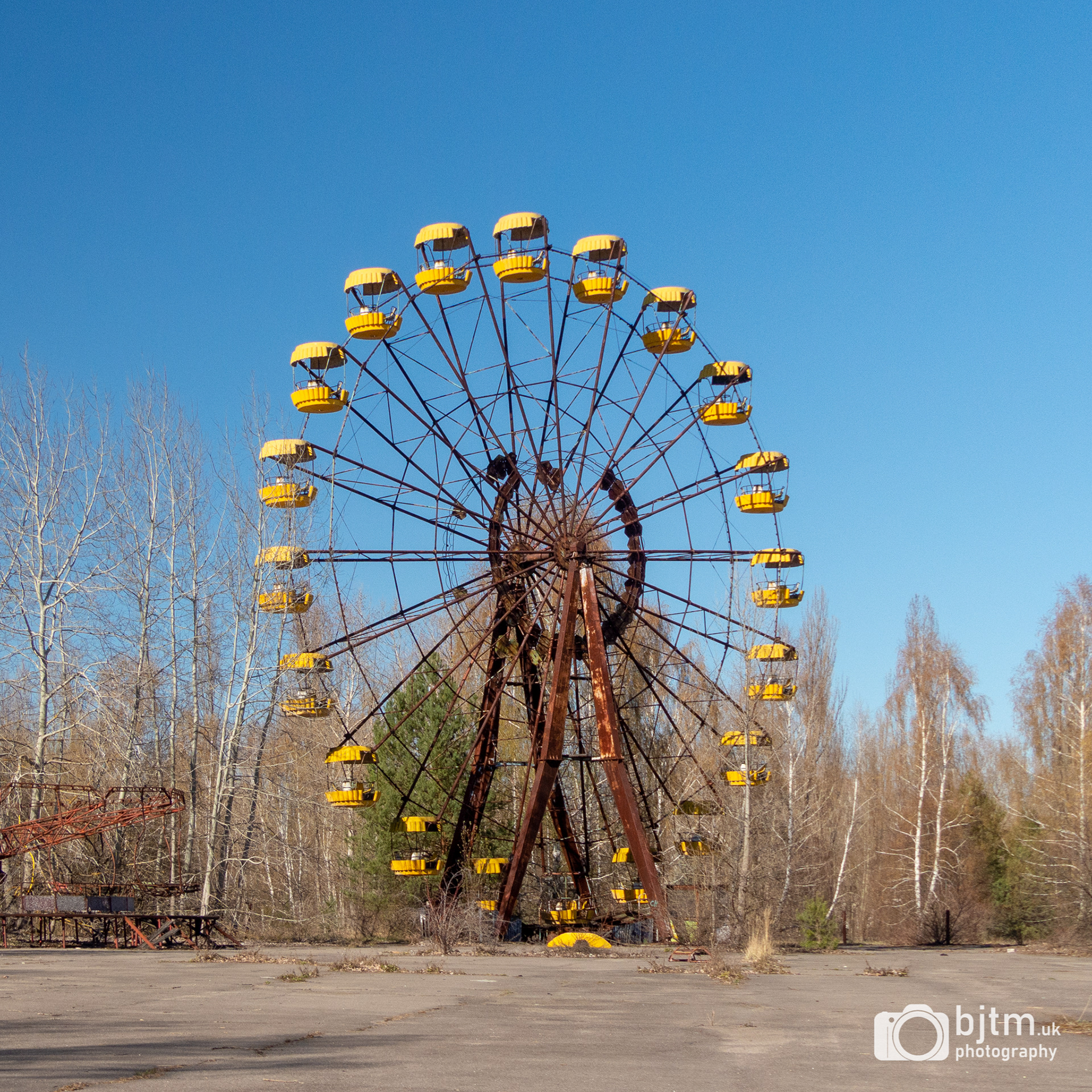 The ferris wheel that never opened 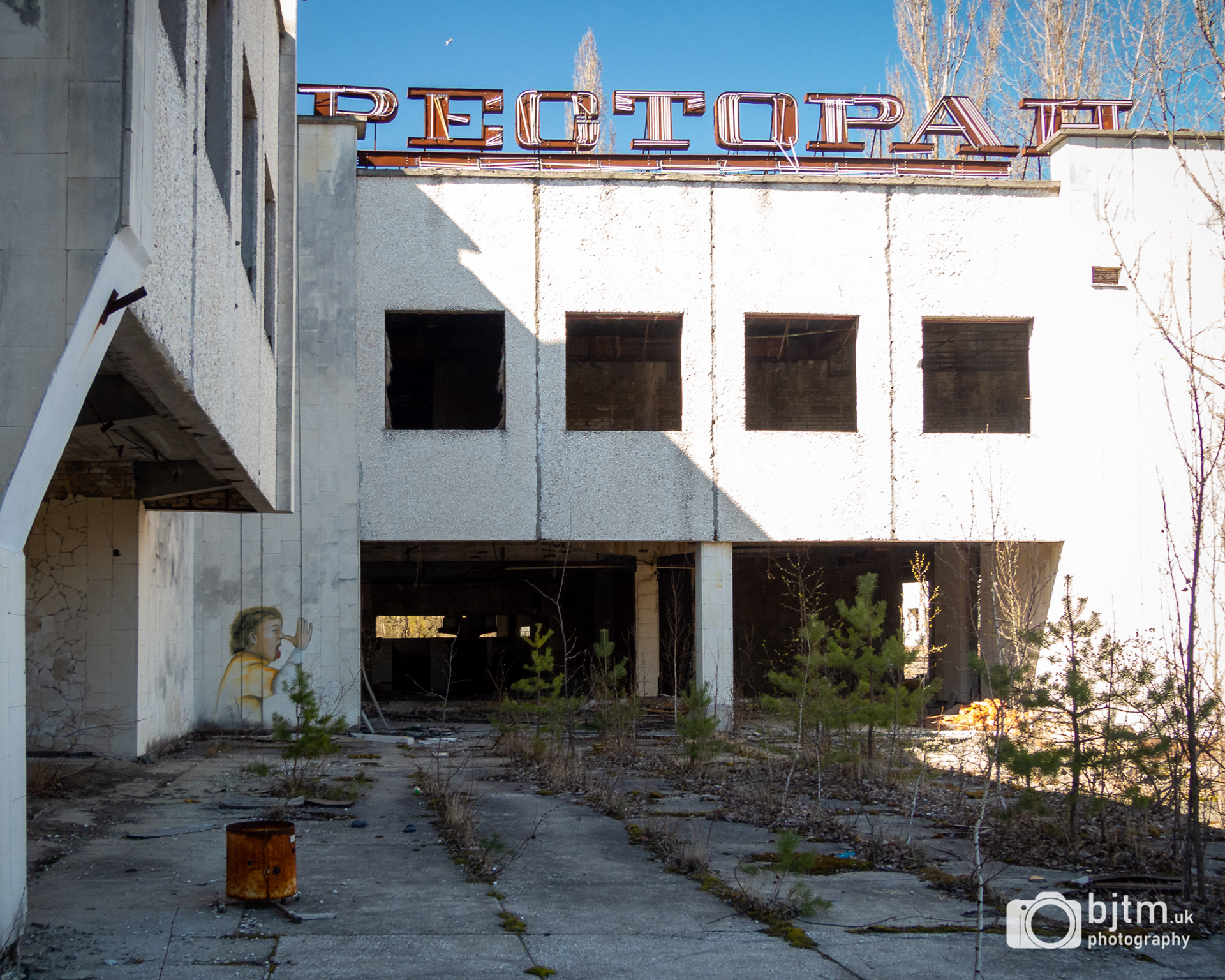 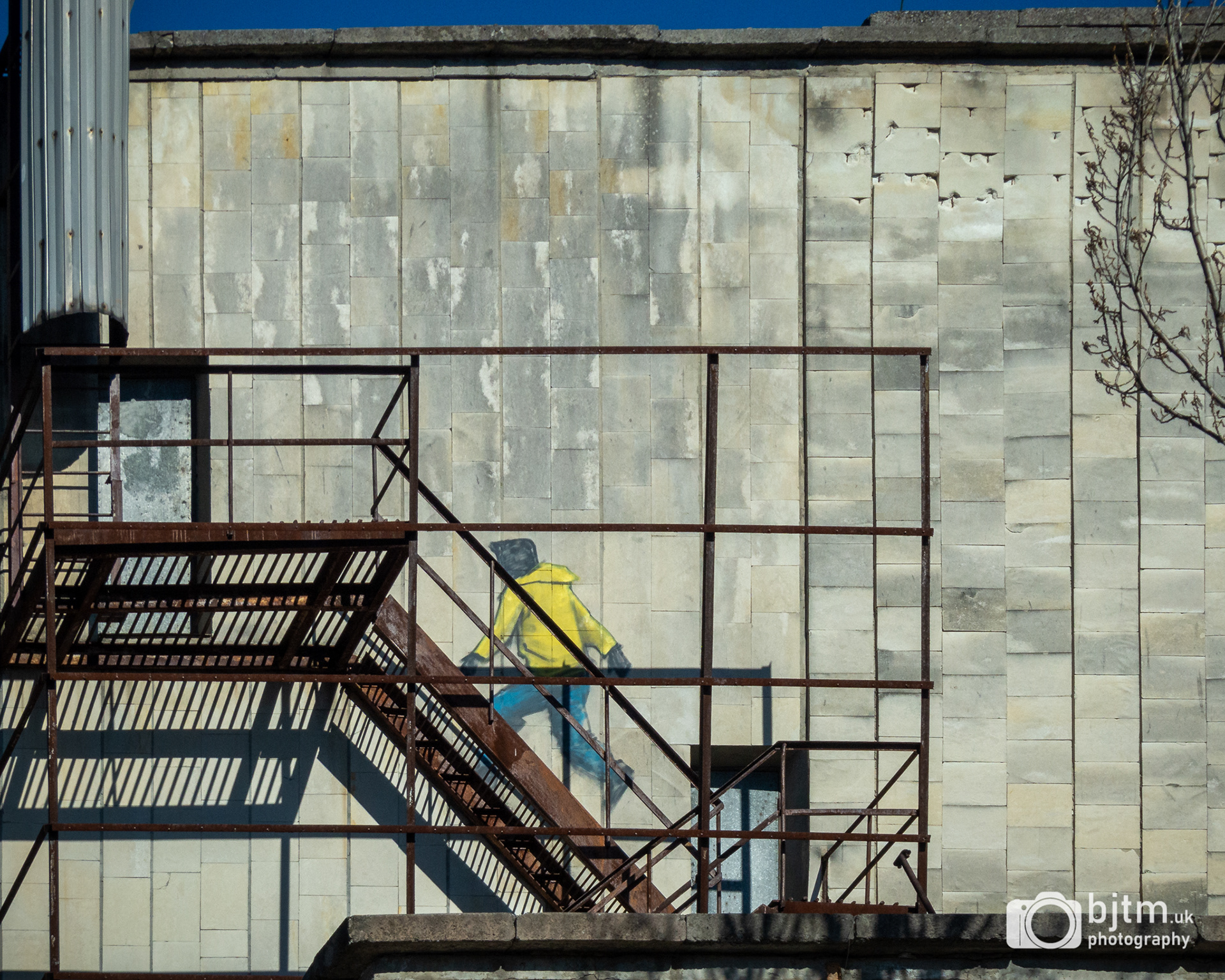 Graffiti on the roof 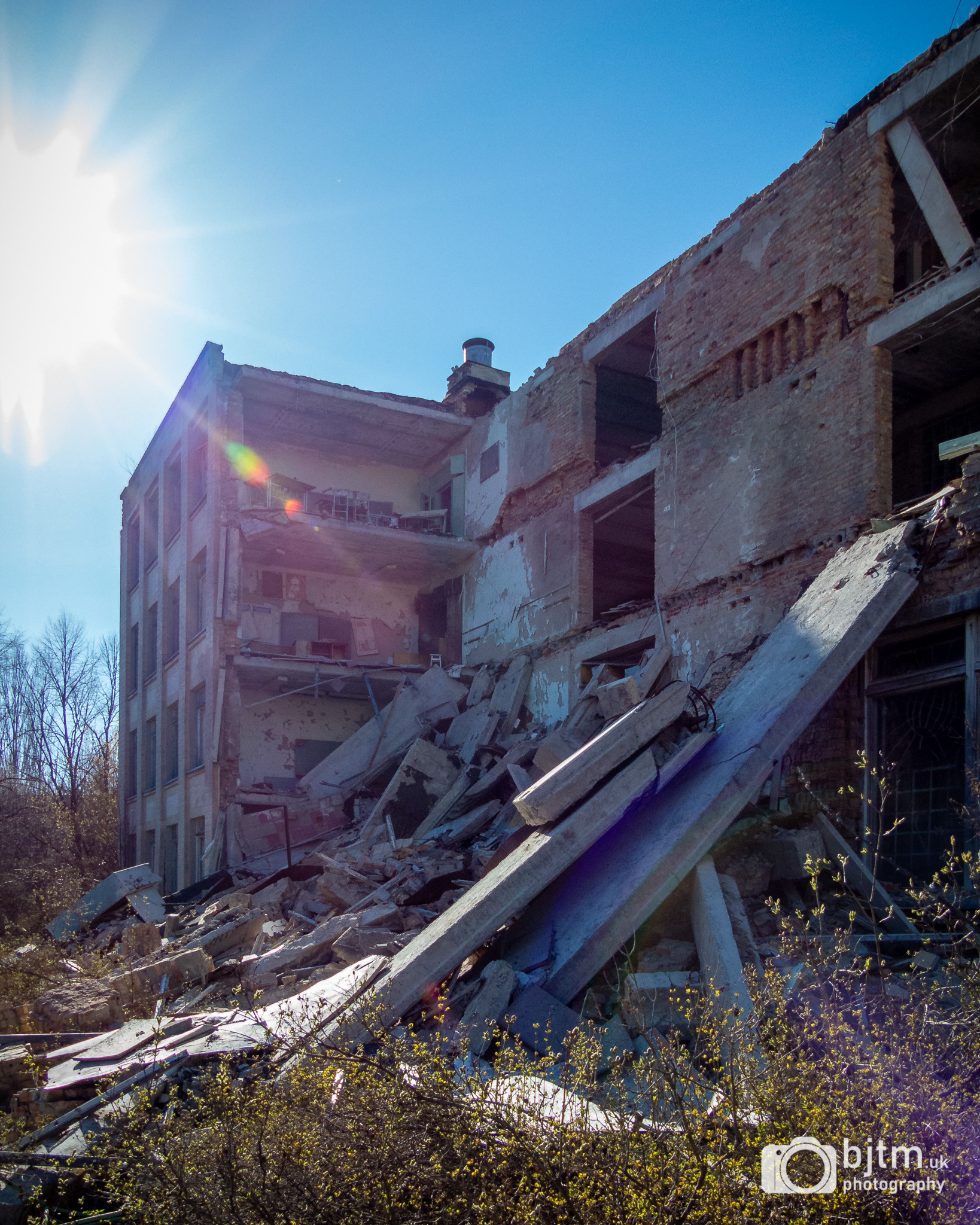 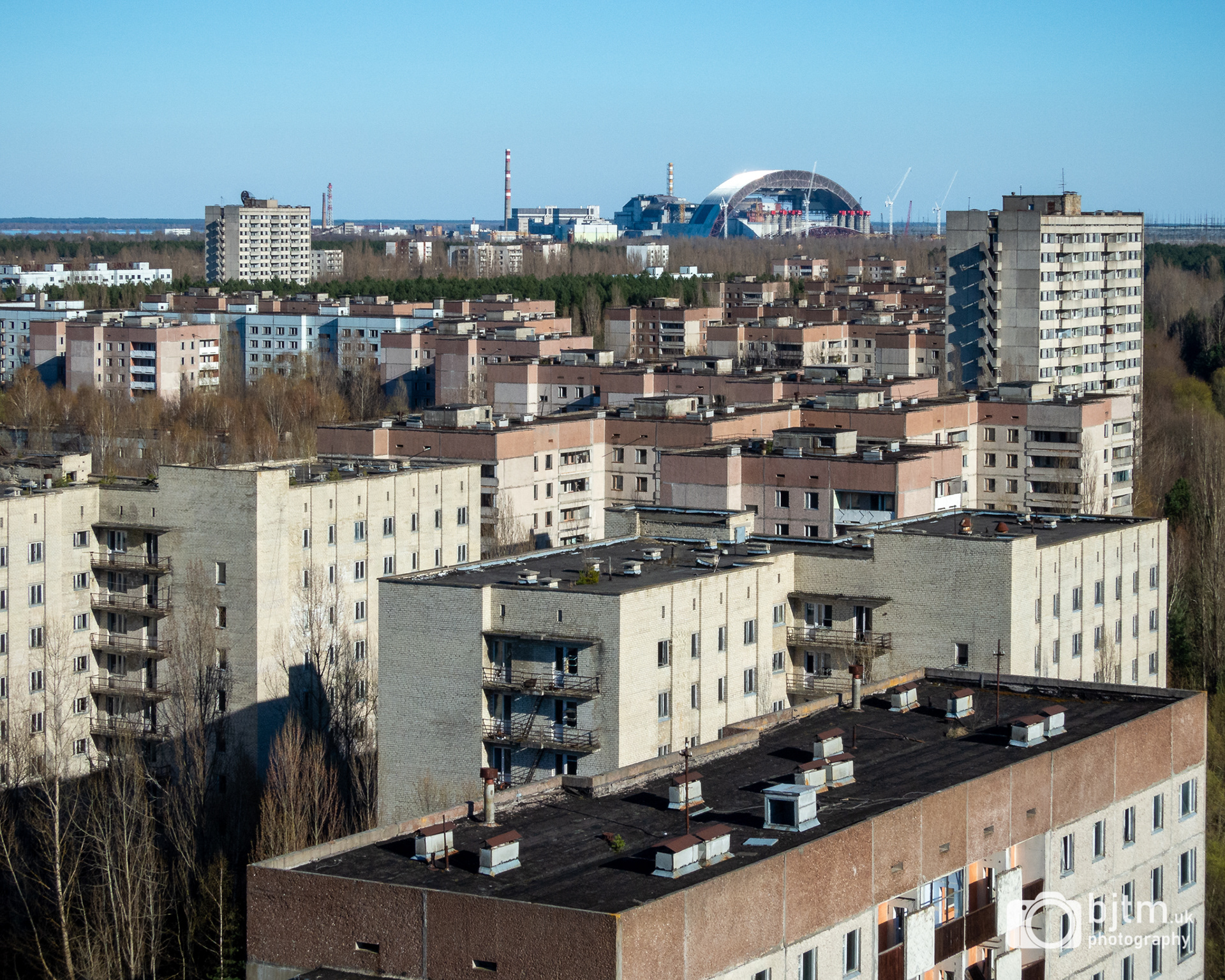 Panorama of the rooftops to the power station and new containment 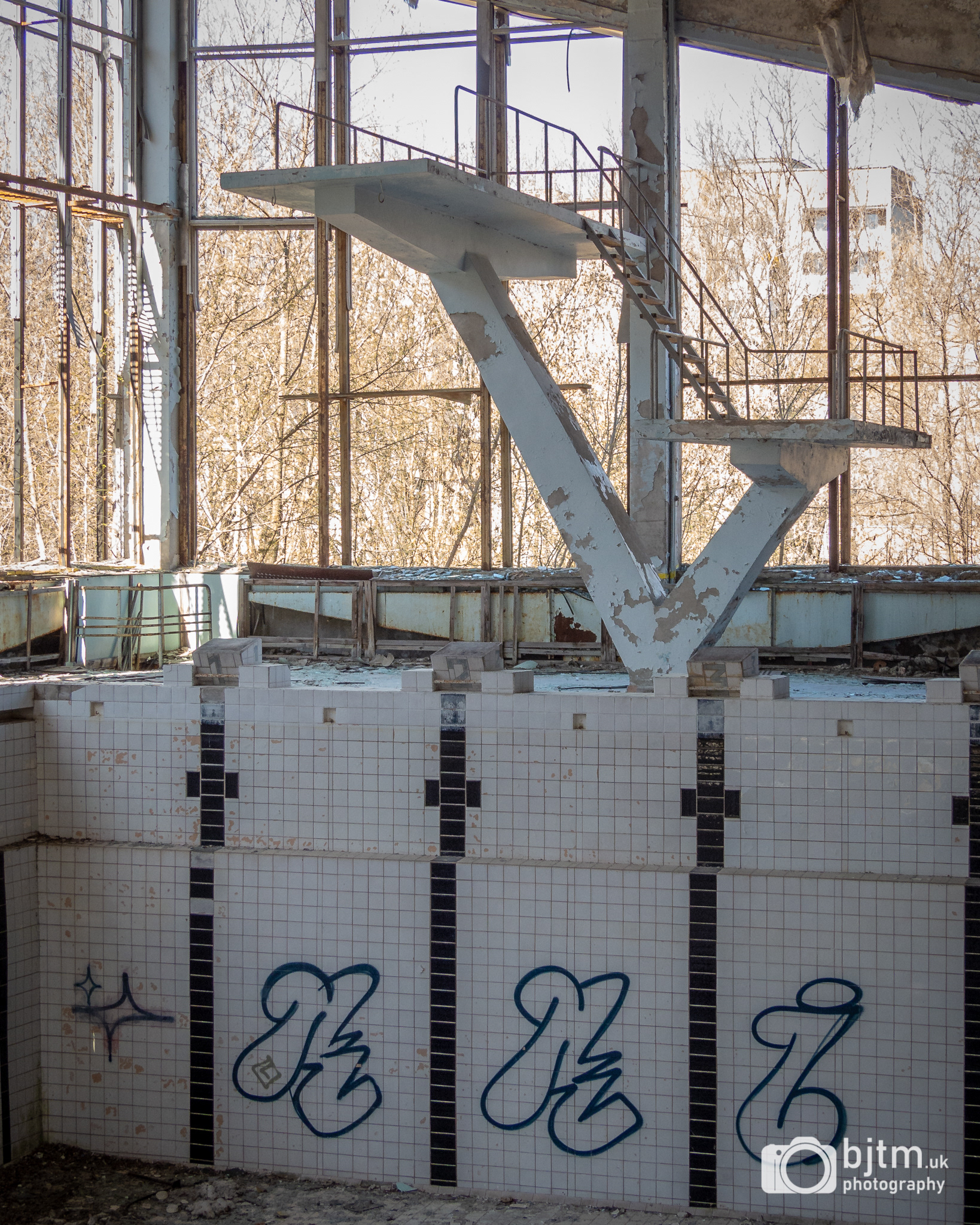 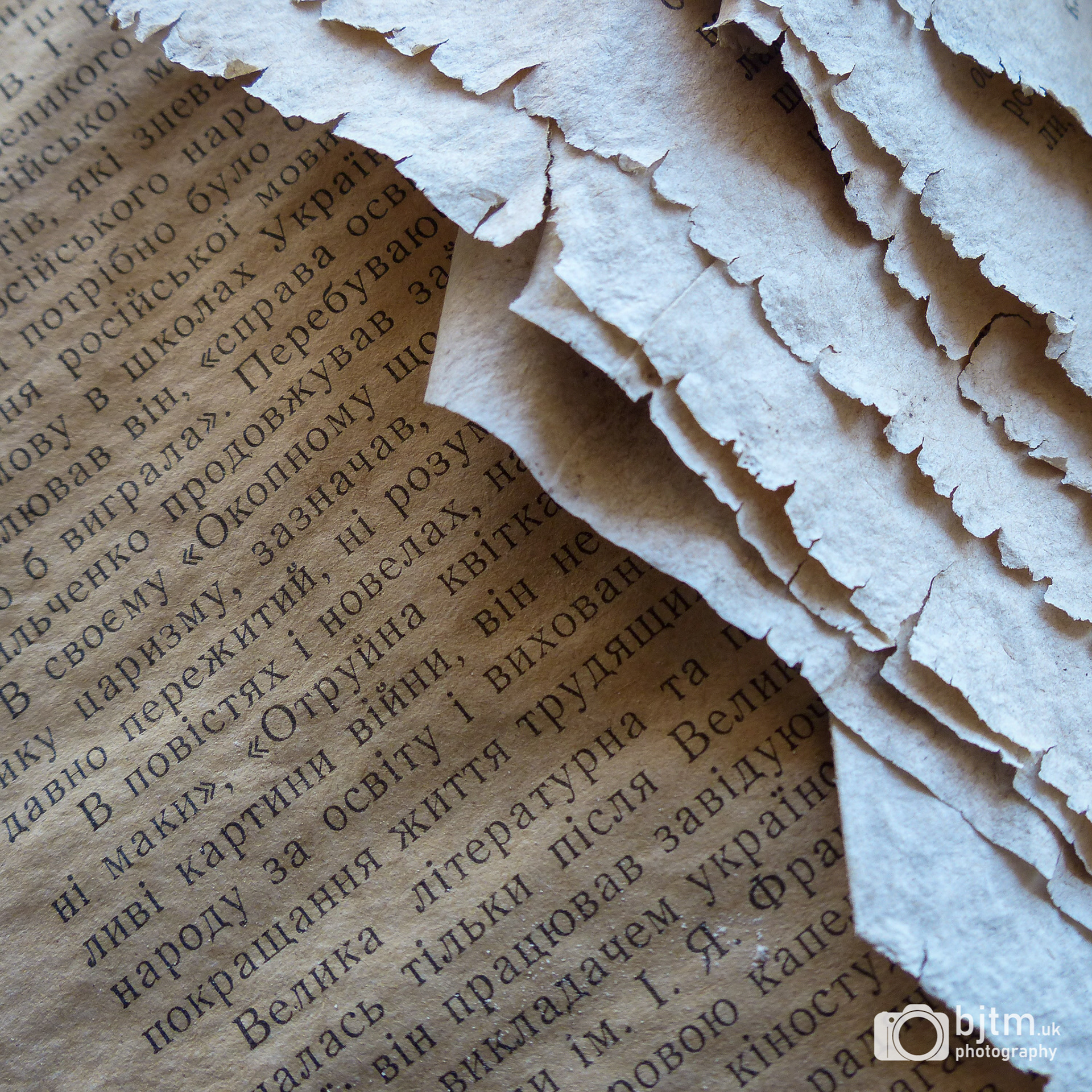 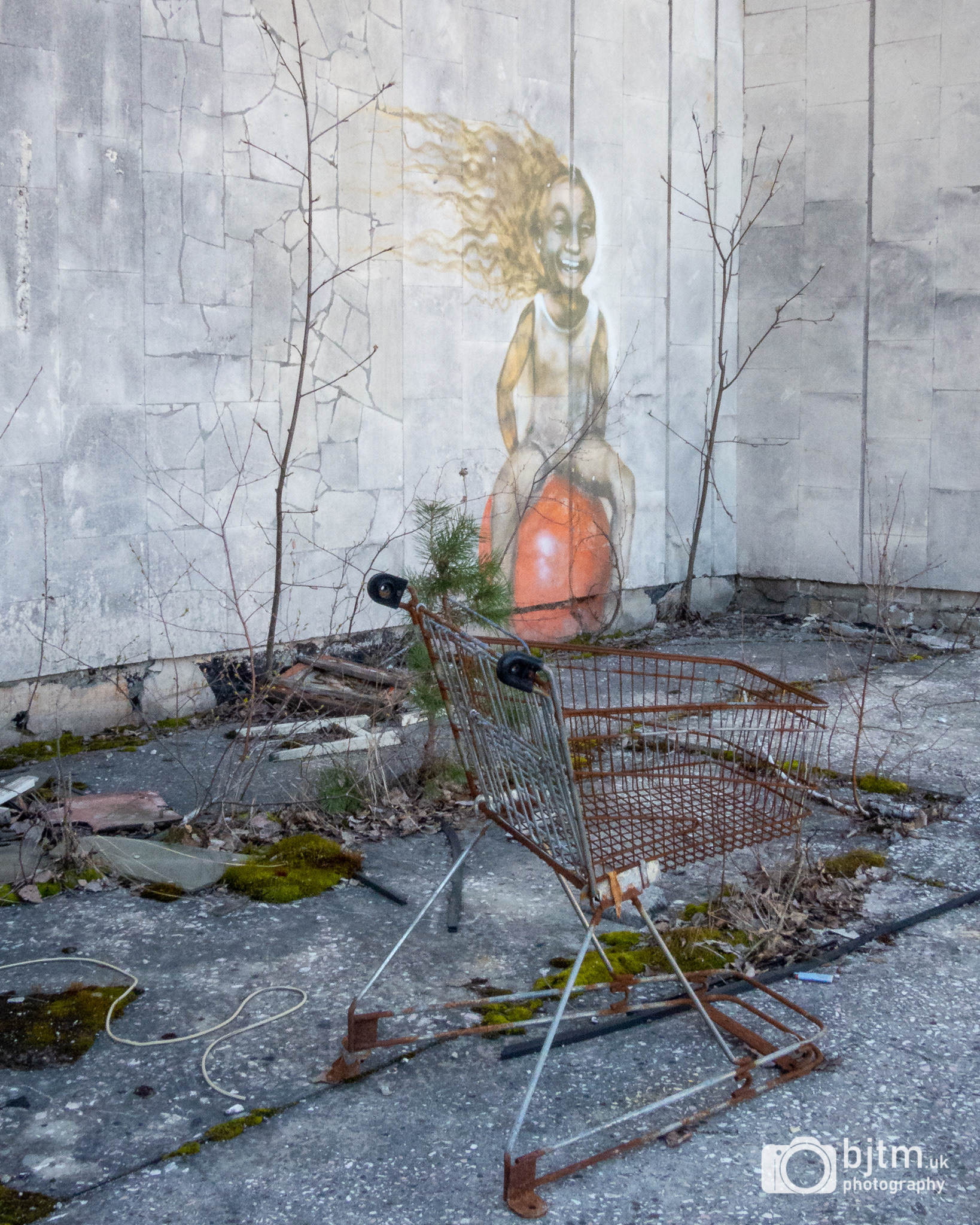 Graffiti and an abandoned trolley 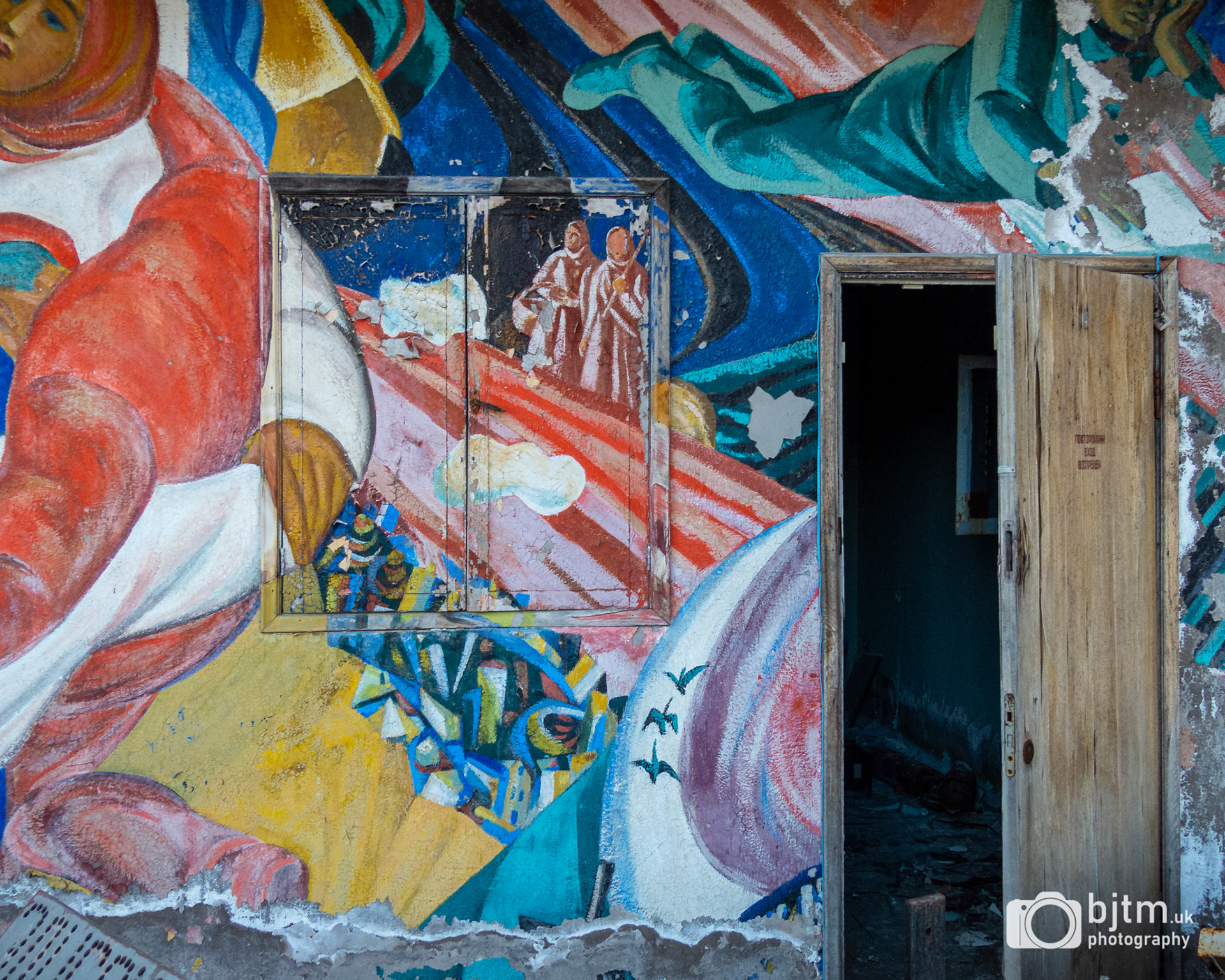 In city hall, this must have looked fantastic in the 1980s 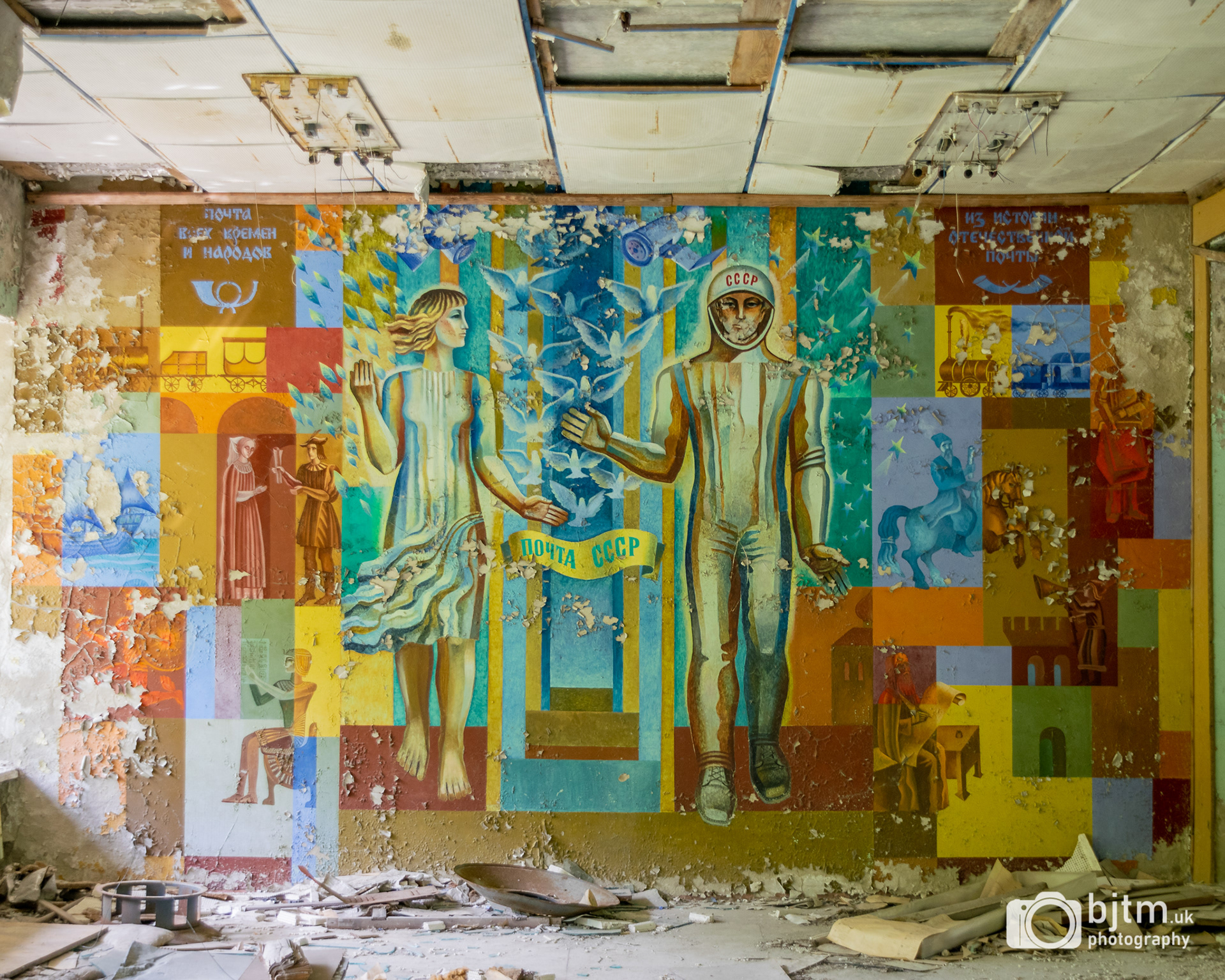 In the arts centre 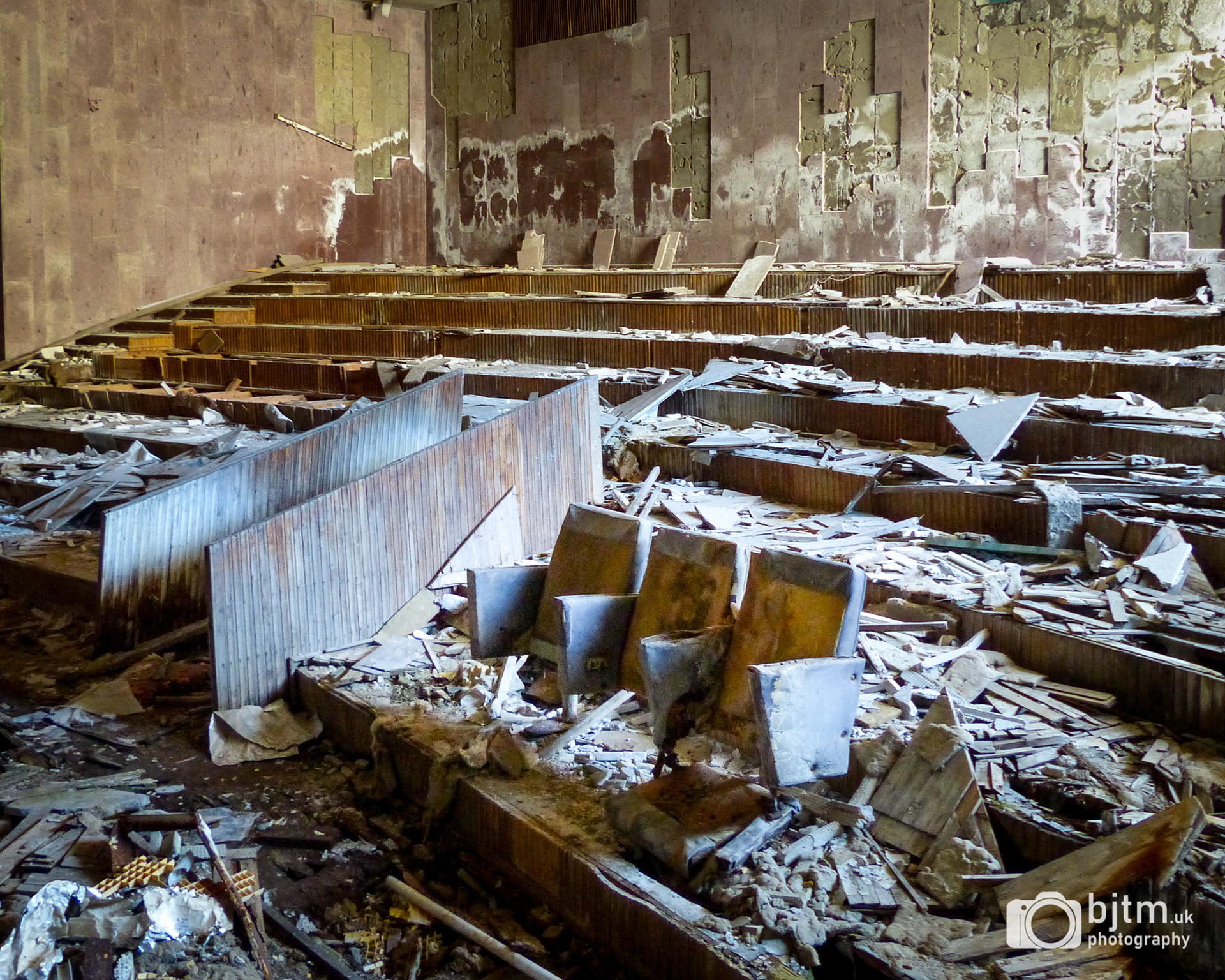 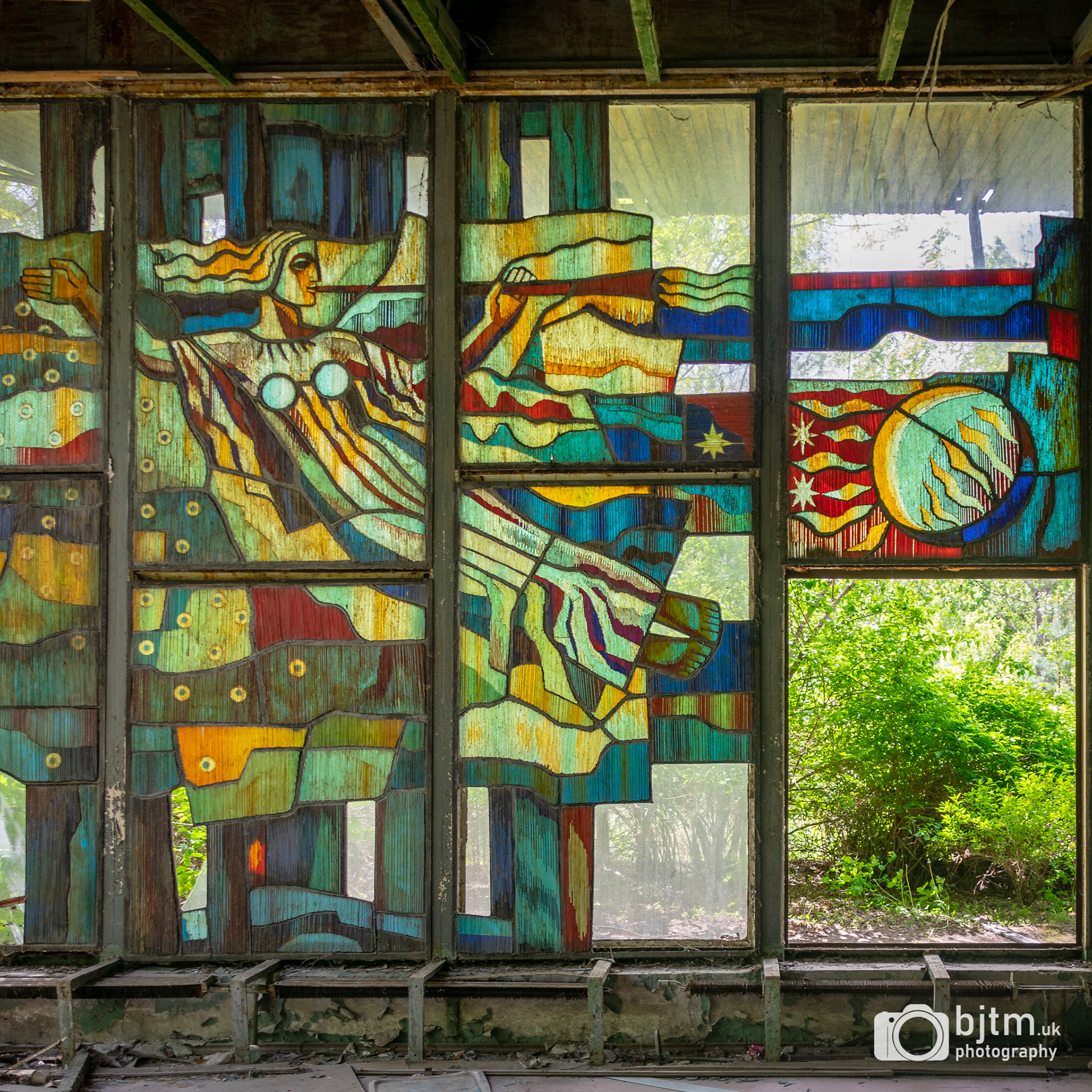 Stained glass in the riverside cafe 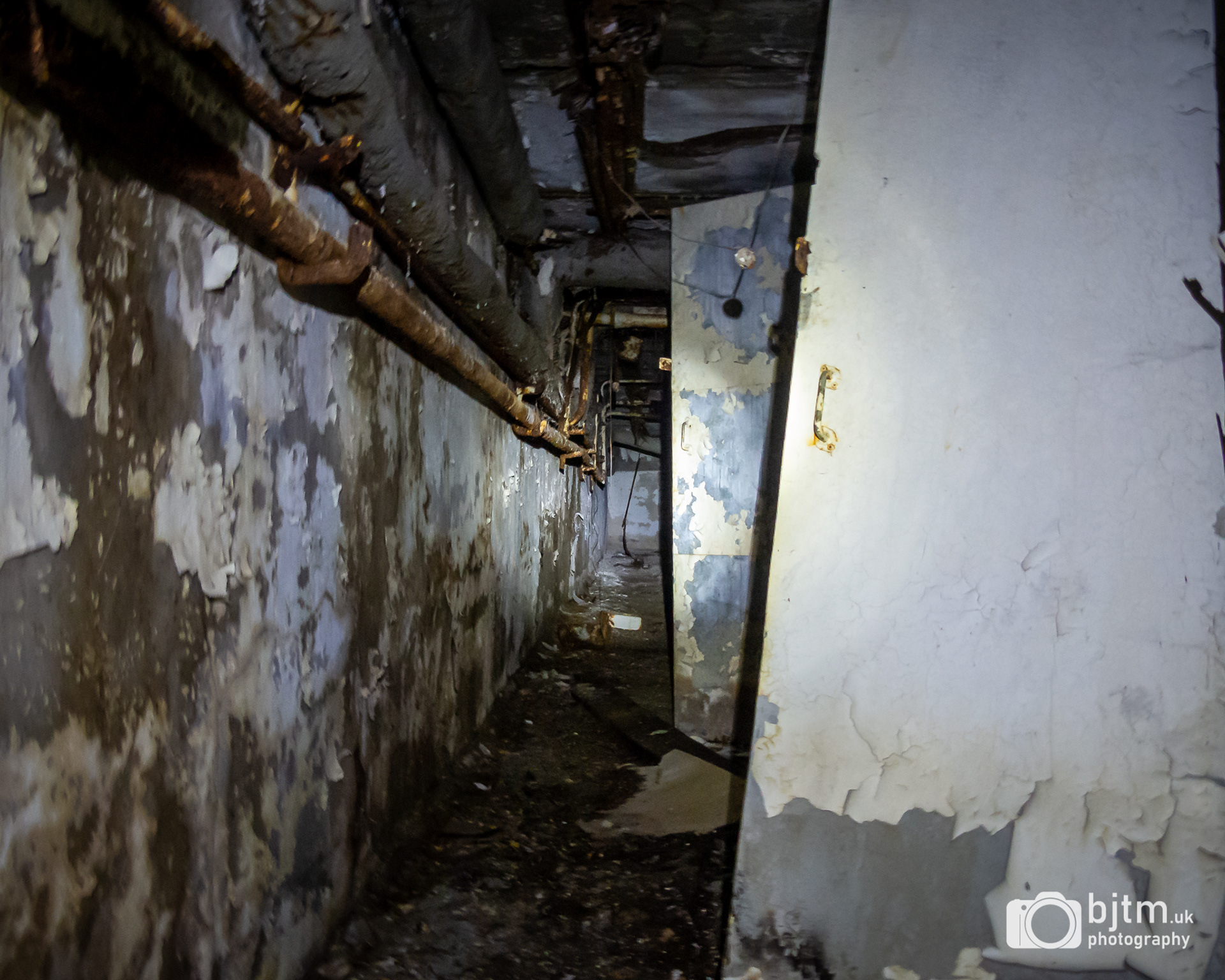 Storage under the riverside cafe

Children's gas masks on the floor of the school 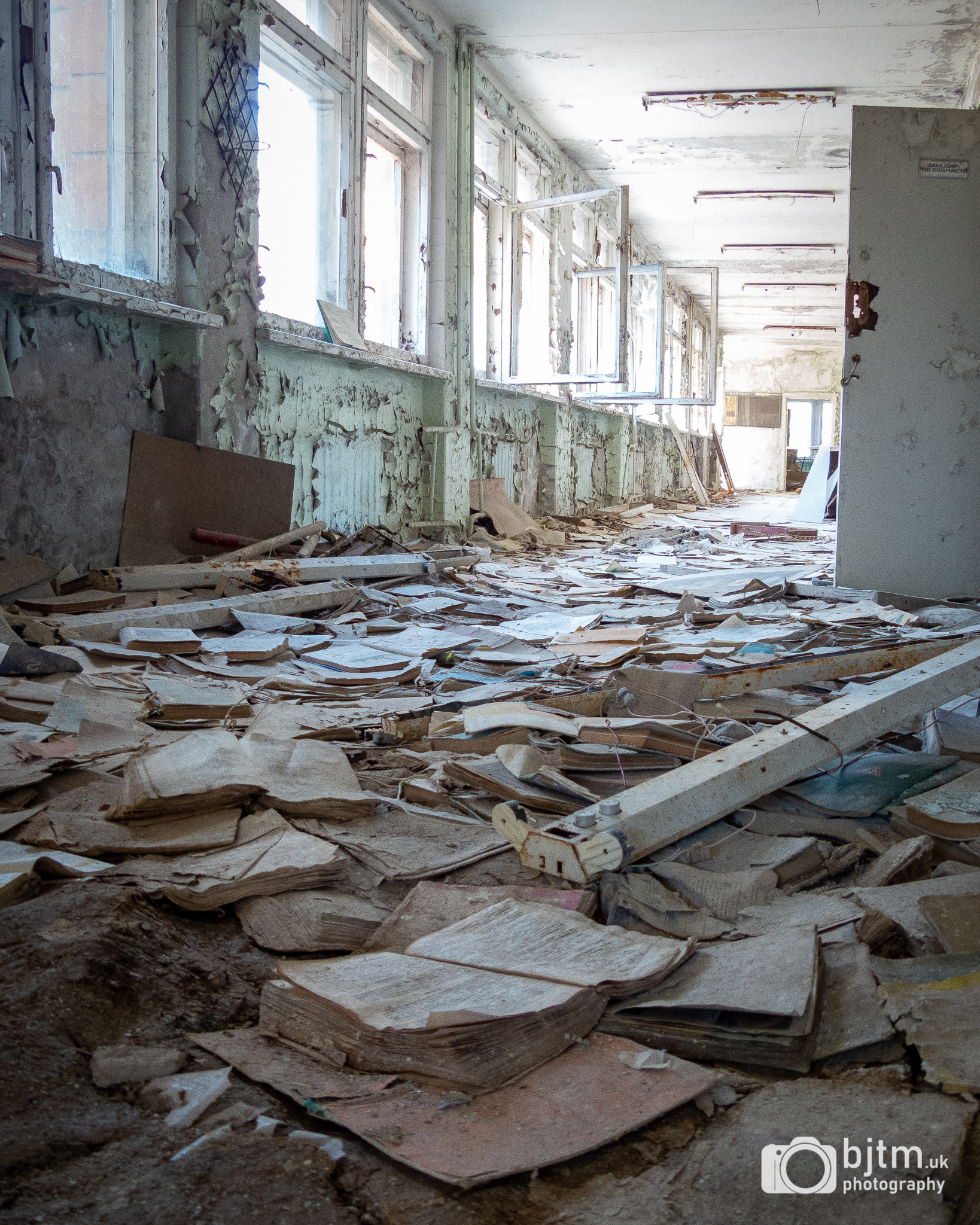 Books on the floor of the school 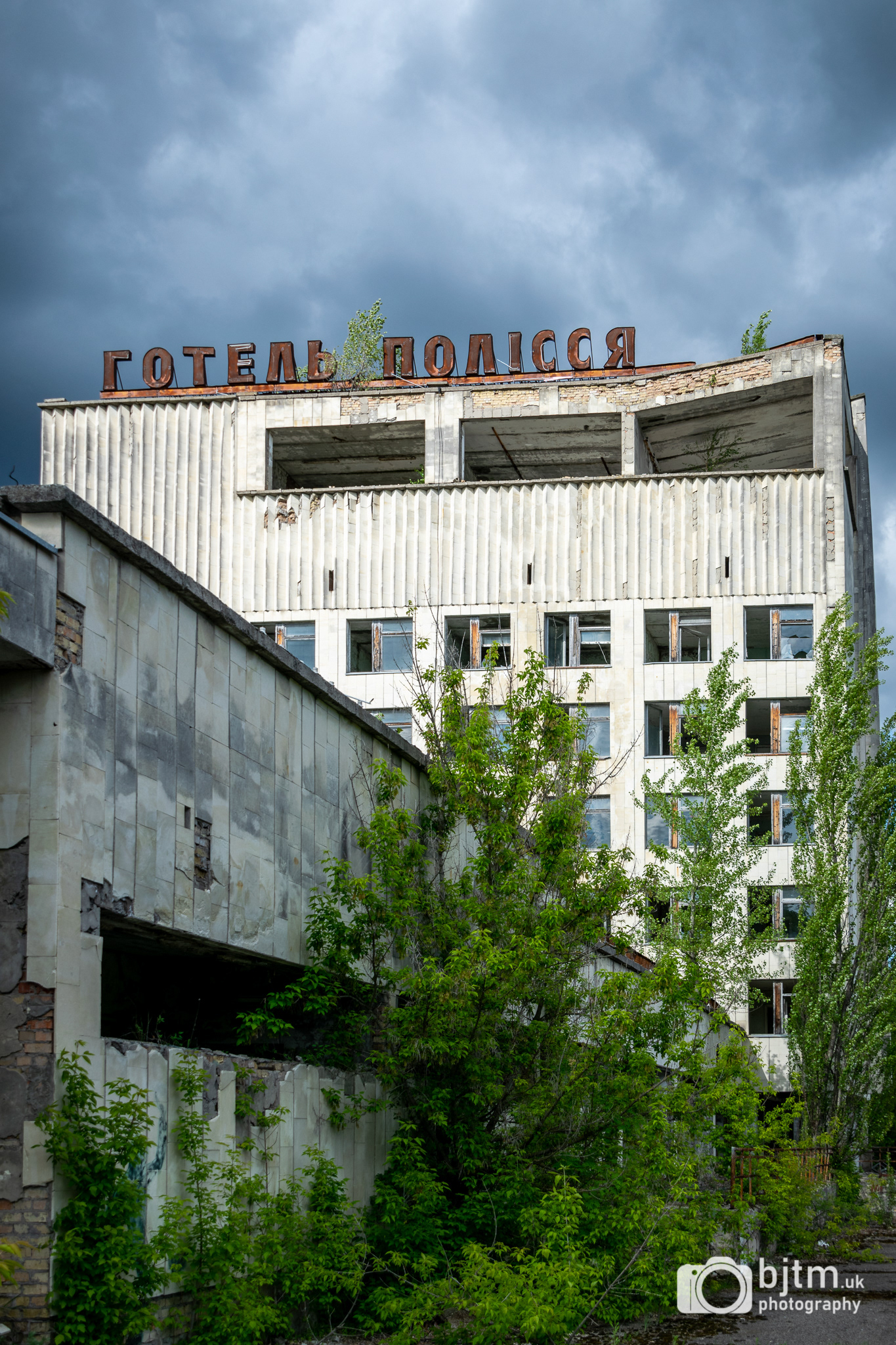 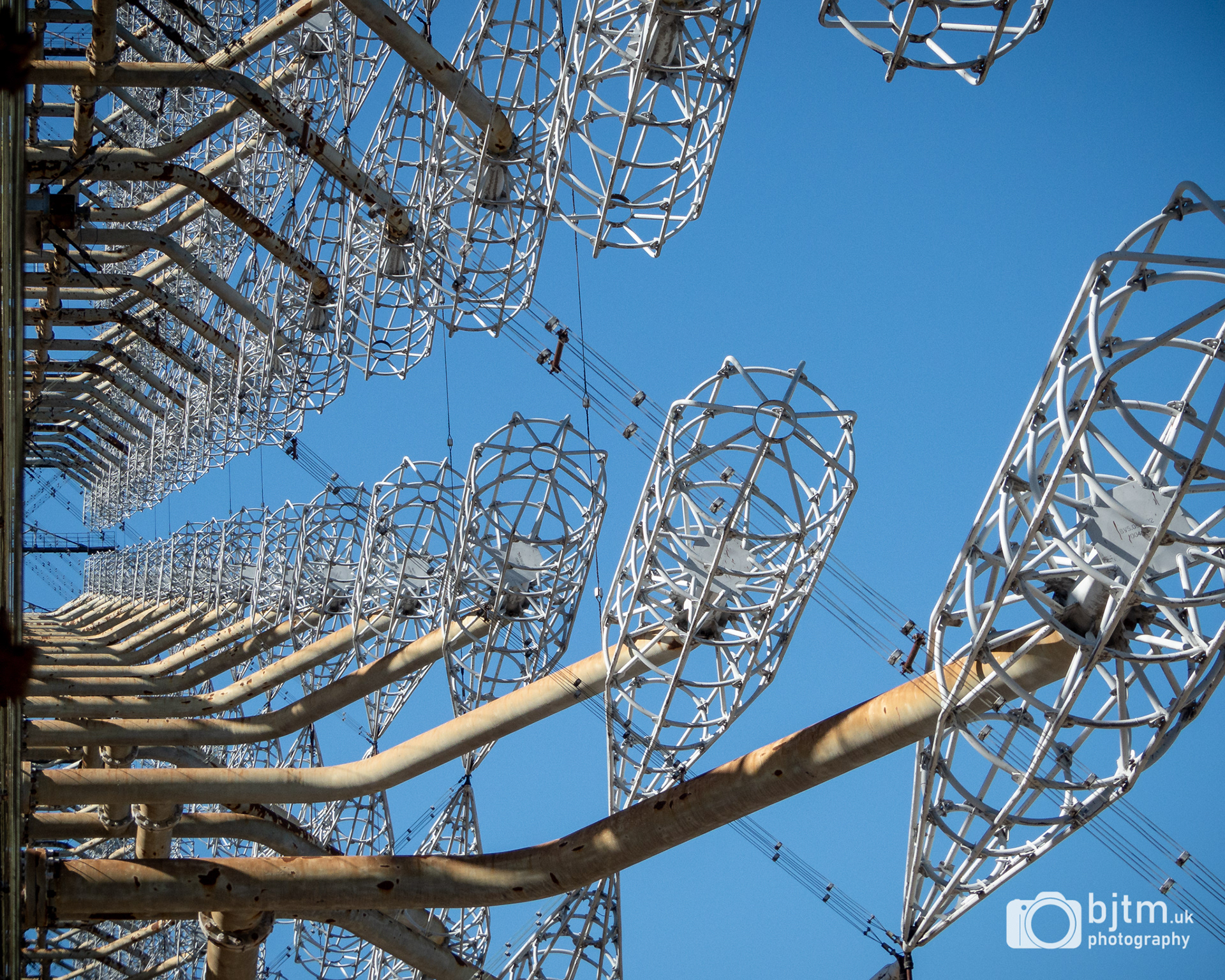 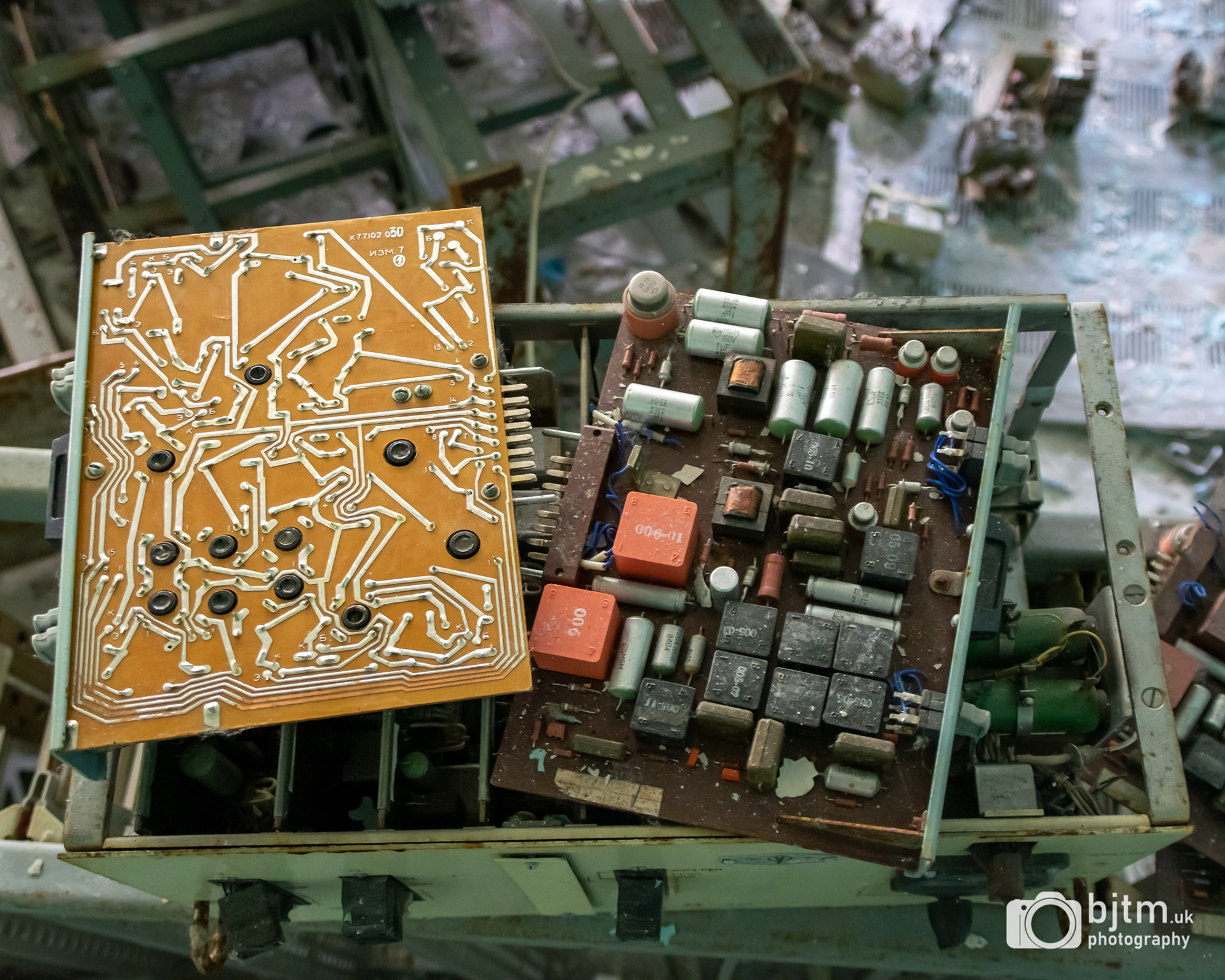